most people, including most medical doctors, believe that the bones in the skull are fixed and cannot be moved.

this is completely untrue.

A common sense observation will prove this to you. Have you ever seen someone who had some type of head injury and noticed that their head looked “wonky” or there was a big dent in their head?

In fact, this is true, and over the last 24 years, Dr. Roger Turner of Canada has developed and refined a powerful technique to do exactly this. 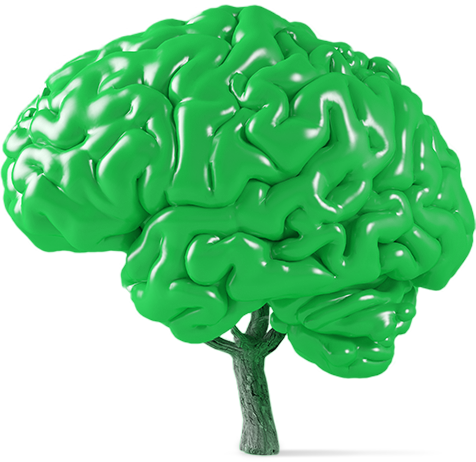 what effect could correcting misaligned cranial bones have on the functioning of the brain?

In many cases, the effect could be enormous… even life changing.

The brain is floating in cerebrospinal fluid, somewhat like one of those globe shaped compasses that sits on a car dashboard. The brain needs to float inside the skull because it is soft, and if it were not floating, its own weight would crush it against the bottom of the skull.

The brain’s blood supply also supplies nutrition and takes away harmful toxins. There are many small veins and arteries between the skull and the brain, in the space called the sub arachnoid space, which is the same space where the cerebrospinal fluid circulates.

When you have a trauma to the head, the bones in the skull are compressed or shifted and often there is an actual dent in the bone. These compressions and dents will compress the subarachnoid space, reducing blood circulation and the flow of the cerebrospinal fluid. As well as that, the brain itself becomes compressed by the shifted skull.

All of these changes will decrease brain function at the place where the trauma occurred.

But it doesn’t stop there. Remember that the brain is floating in fluid? A blow to the forehead will cause a shockwave to pass through the fluid in the head all the way to the back of the head, producing what is called a contrecoup injury (French for “opposite to the blow”). And, that shockwave can bounce off the bones in the back of the skull and move bones in other parts of the skull as well. Plus, when one bone in the skull gets moved, it will move other adjacent bones in the skull, similar to a puzzle box in which you move one piece and it moves the other pieces.

So, the bottom line is:

Many bones in the skull get moved out of place by a head injury — causing many areas of the brain to become impaired.

Injuries to the head can cause:

Basically any function of the brain can be diminished or impaired.

Using all the latest available research, Dr. Turner has mapped out the functions of the brain relating to each cranial bone. See the chart on the left for more details on which cranial bone can affect which brain function.

Dr. Turner has an international practice. You can see his website here. Patients fly in from all over the world to be treated by him or to bring their brain injured or artistic children for treatment. He specializes in treating these difficult cases, and has had, at this writing, 65 nonverbal autistic children speak their first word in his clinic. He believes that there are many contributing factors to autism, but that cranial misalignment is the most important trigger, and he says that he has never treated an autistic child who did not have very significant cranial misalignments.

how do the cranial bones get moved out of place?

This can happen through any type of head trauma — as far back as early childhood, or even the birth process itself. A forceps delivery or vacuum extraction produces very significant cranial malformation. As a toddler you fell down hundreds of times learning to walk, probably hitting your head over and over again. Falling off the swing or the jungle gym, the bike or the skateboard, wrestling with your big brother, football, baseball, or cheerleading accidents, skiing accidents, car accidents… there are (unfortunately) so many ways that your head can be injured.

Before Dr. Turner’s groundbreaking work, there was never a way to fix these often life altering injuries.

Now there is. I trained personally with Dr. Turner and feel truly privileged and blessed to be able to offer this transformational technique in my clinic.

I am happy to give you a free cranial examination and consultation to determine how much Turner Cranial Technique could help you.